BOARD OF DIRECTORS AND STAFF

As part of our effort, we are focused on providing education about the benefits of preserving this unique treasure. Those efforts take the form of tours, field trips, workshops, and horticultural classes.

As a Board member, the following minimum requirements are expected:

Our constituents are a representation of our community – bank tellers, school teachers, small business owners, physicians, lawyers, writers, and scientists. We are looking for passionate supporters to aid in this ongoing endeavor to help preserve this community treasure for generations to come. If you are interested in learning more about this opportunity, please email kgbf@kruckeberg.org or call 206-546-4851 ext. 501 for more information.

Visit us Fridays, Saturdays, and Sundays March thru October 10 am - 5 pm, November thru February 10 am - 3 pm. Admission is always free! 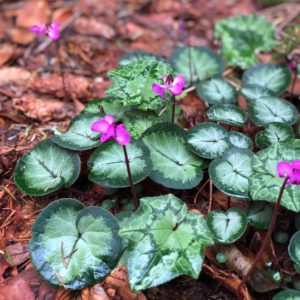 Katie is originally from Port Angeles and Olympia and moved to the Seattle area in 1997. She attended the UW where she received a BS in Human Centered Design and Engineering and a BA in Psychology. She spent her early years working in technology and then went on to business management consulting in financial services. She now spends her time as a community advocate, using her technology and business skills to benefit nonprofits and the City of Shoreline. She is passionate about getting kids and our community outside in nature, and spent the last four years as a member of the Shoreline Parks Board. She fell in love with Kruckeberg Garden years ago, and is looking forward to raising our community’s awareness of this special place. In her spare time, she enjoys hiking and playing in her large garden in Richmond Highlands.

John was raised on a small farm in southwest Washington state by transplanted Minnesota dairy farmers. Following a Lutheran upbringing, he graduated from Pacific Lutheran University in 1973 with a degree in American history. After many years of vocational trial and error, he trained to be an arborist and received a master’s degree in Urban Horticulture from the UW.  In 1985, after grad school, he started a tree care company, Seattle Tree Preservation, Inc., which he sold in 2018. He now works part-time as a consulting arborist. He and his wife, Jan, have many trees and shrubs in their Innis Arden garden purchased at the KBG nursery.

Krista grew up in a small Oregon town where she and her siblings were raised to “go outside and play.” She has many happy memories of climbing trees, wandering through fields, and occasionally finding frog and salamander tadpoles to bring home to raise and then release. She and her husband moved to Seattle in 1976 and to Shoreline in 1988 where they raised their two children in a small house with a large wildlife-certified-habitat yard filled with trees, flowers, birds, and pollinators. She has been involved with many organizations, including Shoreline Schools, PTA, her Neighborhood Association, Community Emergency Response Team, Puget Sound Beekeepers Association, Woodland Park Zoo, and her church and was active with the efforts to certify Shoreline as a National Wildlife Community. She loves the incredible natural treasures within the Garden and being on the KBGF board.

Bob is retired from a pediatrics career with Group Health Cooperative and Seattle’s Children’s Hospital. He was always involved in medical education and is an emeritus professor of pediatrics at the UW. His childhood introduction to gardening was his family’s backyard “Victory Garden” during WWII. As a medical student, he re-discovered gardens with a huge vegetable plot that kept him grounded. Later this native Minnesotan—by now a devoted plant guy—moved to Seattle and was astounded that gardening is possible here year around. In1971 the Hauck family moved to their 1.5 acre farm home in Richmond Beach where Bob discovered nearby MsK Nursery. Becoming friends with Mareen and Art Kruckeberg ensured that his property soon resembled an annex to their own garden. Bob joined the KBG Foundation board shortly after its founding and has served as a volunteer and advocate for the Garden ever since.

Lisa is a Shoreline teacher who was born in Richmond Beach, where she resides today. Weeding her mother’s extensive rose garden may have put her off roses, but the love of gardening was firmly planted. Her garden has seen many perennials come and go, and after Lisa taught in China for a spell, it has settled gracefully into an Asian-themed garden. Serving as co-coordinator of the Richmond Beach Garden Tour gave her the chance to give back to the community and led to wonderful friendships. During this time she was asked to serve on the KBGF board. For Lisa, being a part of the team to help preserve and grow Kruckeberg Botanic Garden is a cherished opportunity.

Rissa Sanchez is a transplanted Californian who resides in Shoreline. She is grateful to be able to find respite under the canopy of the conifers at the Kruckeberg Botanical Garden or on the shores of Puget Sound. Over the years, her gardening interests have shifted from intensive vegetable gardening to a more relaxed approach with native and xeriscape landscaping. With retirement as a Research Project Manager from Fred Hutchinson Cancer Research Center around the corner, she is thrilled to have joined the KBGF board to help shape and support the future of this Shoreline refuge.

Amanda was raised by a master gardener in Rochester, NY. After moving to Shoreline, she rediscovered her passion for gardening. While searching for ways to become involved in the Shoreline community, she came across the Kruckeberg Botanical Garden. When she’s not digging in her garden and reading about hellebores, Amanda is a civil litigation attorney representing individuals predominately in employment discrimination and workers’ compensation matters at Emery Reddy in downtown Seattle. She is excited to have an opportunity to serve the Kruckeberg Botanical Garden and its special community.

Gillian was raised by a family of avid gardeners who were also fanatical sailors. When Gillian arrived in Seattle she lived aboard a boat for the first six years and cruised the Pacific Northwest. She moved to a North Edmonds property completely covered by giant Blackberries; this was her introduction to gardens in the Pacific Northwest. Gillian’s degrees in Botany and Zoology secured her a job teaching at Shoreline Community College,  after thirty years in the classroom, she transitioned to administration for twelve years before retiring. Gillian is once again able to focus on plants, native and exotic, their cultivation and propagation. Many years ago Gillian was fortunate enough to visit the Kruckeberg garden and walked the property with Professor Kruckeberg, a great experience she has never forgotten.

Kate grew up making forts in her mother’s backyard in California, and carefully observing the life history of the inchworms on the California poppies. In 2009 she moved to Shoreline, where she has enjoyed exploring the amazing ecosystems of the Pacific Northwest. She comes to Kruckeberg with a background in environmental education and a love of informal learning experiences and has worked as an educator at the Seattle Aquarium, the Environmental Science Center at Seahurst Beach, Magnuson Nature Programs, and the Museum of History and Industry. Kate believes that everyone deserves hands-on experiences with the natural world and that Kruckeberg is an amazing community resource to help make that happen. In her spare time, Kate enjoys reading about interesting plant and animal adaptations, making art, and growing the indoor jungle that threatens to take over the home she shares with her husband, stepson, and goofy dog.

Terry grew up in MN where she spent many hours outdoors swimming, skating, sledding, and fishing. Girl Scout camps and a cabin on a lake “up north” cemented her love for the outdoors. With a BS in Elementary Education and an MS in Experiential Education, she enjoyed a fulfilling teaching career in several MN, CT, NH, and MA public schools and nature centers. Terry raised two children in Groton MA, gardened, camped, and traveled often. She relocated to Seattle in 2014 and volunteered as a Garden Steward at the Seattle Arboretum. Now a resident of Shoreline, Terry is the Coordinator for Shoreline’s Power of One Volunteer Program and a personal gardener in Bellevue. She loves to kayak, play pickleball, read, hike, cross-country ski, and tend to her deck container garden. Terry is excited to share her passion for outdoor education as a member of the KBGF board. 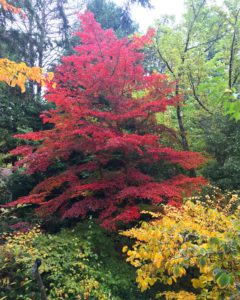