Hepaticas are known as Liverwort, a reference to the leaf shape resembling a person’s liver. Any common name with the suffix ‘wort’ refers to the herbalists’ belief in that ailments of that part of the body could be cured with infusions, etc. using that plant. Liverwort is also a primitive plant growing flat to moist surfaces. This Hepatica nobilis var. obtusa is an eastern U.S. native that stays evergreen until new spring foliage emerges. Ants are carrying its seeds around is why you might spot it elsewhere in the garden. 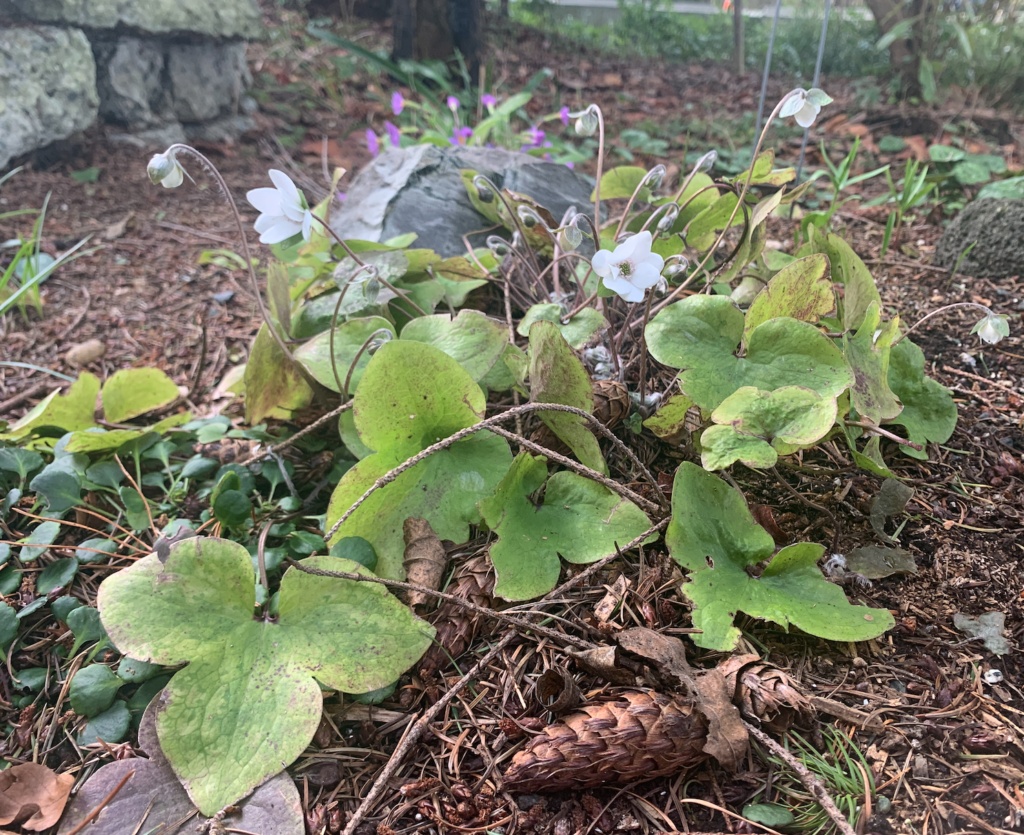