George Washington was born in 1817 in Virginia. His father, a slave, was sold and relocated when George was just a baby. His mother left him in the care of a white family, the Cochrans. The Cochrans and George moved from Virginia to Ohio, and later Missouri. Tired of the discrimination he faced, George moved out west to try his hand at homesteading in Oregon Territory only to be met with more discrimination in the form of exclusionary laws within Oregon. The Cochrans joined George and moved further north to the newly formed Washington territory.

In Washington, George settled near the Chehalis River, establishing a successful farm and homestead. Here he met and married Mary Jane Cooness. Together, they grew their homestead and began to dream of a town to meet the growing needs of local farmers and travelers. By 1875 their dream had become a reality, Centerville was established. Ten years later, residents decided to rename the town Centralia, to quell confusion with another Washington town named Centerville.

George and Mary Jane were leaders within their community. In addition to supporting newcomers through the sale of farmland, the couple donated land to build the town’s first church. During the economic recession of the 1890s, George established a private relief fund, offered loans to his neighbors, and organized supply runs to nearby cities. Today, George and Mary Jane’s legacy lives on through many namesake parks, statues, and even an annual 5k marathon in Centralia. The Washingtons continue to support future generations through a permanently endowed scholarship at Centralia College. 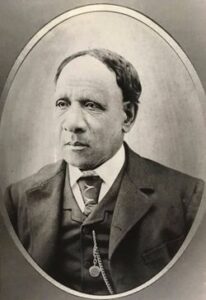 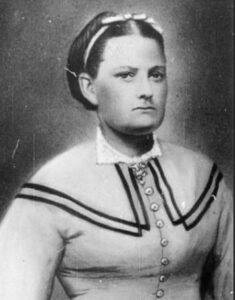 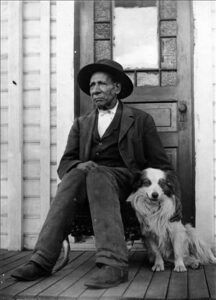 Click here to learn more about Juneteenth at the Garden: Celebrating Black Botanists