Whether gray or sunny, when walking through the garden I’m always struck by the overall greenness here. After/during a rain, our native plants especially radiate greens that just capture your eye.

Our native woods are not like those in the Midwest where I grew up and went to college; there were few native evergreens in the forests, just endless open spaces with deciduous shrubs and trees emerging from the carpet of fallen leaves. Here, we have a rich ground-level evergreen plant community.

Salal (Gaultheria shallon) can be a dominating plant here. If happy, it will expand in all directions with underground runners. This can be used to advantage in binding slopes together but just don’t plant smaller, slower-growing plants close by. The next time you look for them, you may not find them swallowed up by the leathery leaves. In shade, it’ll easily reach 3-5 feet, half that in sunnier, drier spots. Soon, the white urn-shaped blossoms will appear and attract bumblebees and other pollinators. Come fall, the bluish-black fruits are delicious whether picked on a hike or made into a jelly.

Taller growing and also with very edible fruits is the evergreen huckleberry Vaccinium ovatum. In sunnier spots, this shrub will be more compact and show off with glorious coral-orange new growth. I’ve seen hedges of it utilizing this feature to good advantage. Like salad though, it appreciates having its roots kept damp. Mulches of fallen leaves are helpful here, never more than a couple of inches in depth.

‘Dramatic’ – that can apply to our Western Sword Fern, Polystichum munitum. It grows so easily, until it doesn’t, that we tend to pass over it without a second glance. Visitors from England marvel at its abundance here though. Add to the fact that these plants can live for hundreds of years and you begin to appreciate it more. Native peoples would and still do line pits with the fronds to bake salmon and other edibles like camas bulbs.

Smaller but no less striking is our deer fern, Blechnum spicant, so-called due to the fronds lying horizontally as if a deer had made its bed there. Whereas most of our other ferns have spores on the undersides of their fronds, deer fern displays a set of fertile fronds in late summer.  These dark shoots rise vertically some 10-18” allowing wind currents or passing animals brushing them to help disperse the spores. Deer fern appreciates a more shaded, moist site than the Western Sword fern.

Our native ground ginger can go unnoticed until you see a fair-sized patch of it. Asarum caudatum is a low-growing evergreen plant of the Birchwort family (Aristolochiaceae) which also has the curious vines known as Dutchman’s pipe due to the shape of the flowers. Asarum flowers are often pointing downward which makes it easy for slugs and snails to pollinate them. Once they set seed, ants shift the seeds away from the parent. Note that I didn’t say they ate the seeds, rather they are attracted to a protein and lipid nutritional attachment of the seed known as an elaiosome. It’s a bribe – eat this but leave the seed alone! And, by moving the whole package away, it reduces competition with the parent plant. Clever! This is known as myrmecophily and is known in quite a few plants. You may have noticed how Cyclamen in your own garden travels. Lastly, yes, the roots were used as a substitute for the tropical ginger plant.

Mitella ovalis (Coastal Mitrewort) is an evergreen herbaceous plant that sits quietly until it begins to bloom. Then, a flurry of upright spikes appear with small yellow-green flowers all along the stems. Small, black seeds will eventually help spread the clump; division done in late winter can speed the process up if you want more. A bolder and larger relative is Heuchera chlorantha, one of the alumroots. This doesn’t need your help to spread as I can testify in my own garden.

All of these are in the Kruckeberg garden and signed if you’re not familiar with them at first sight. Good hunting out in the forest too! 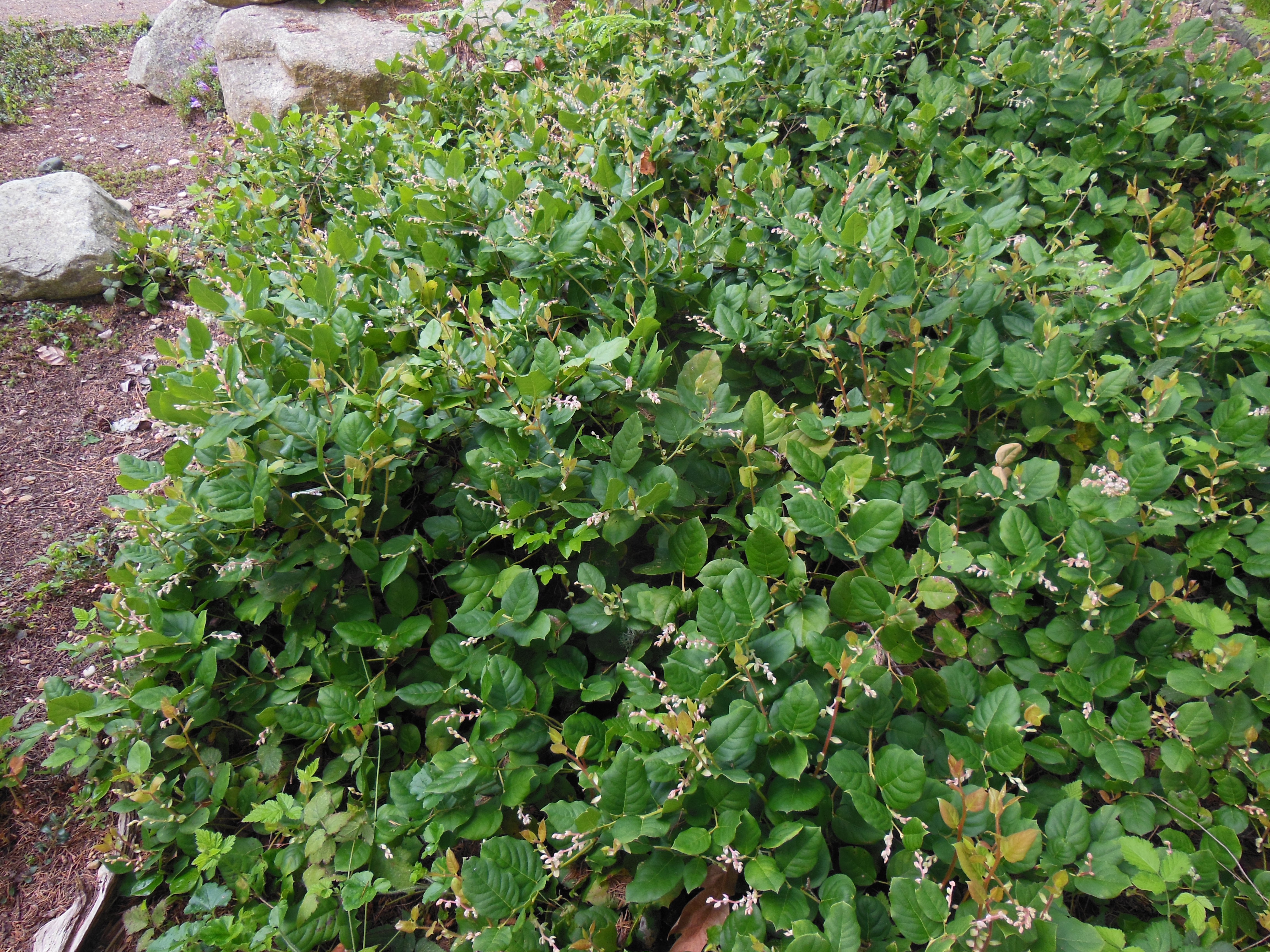 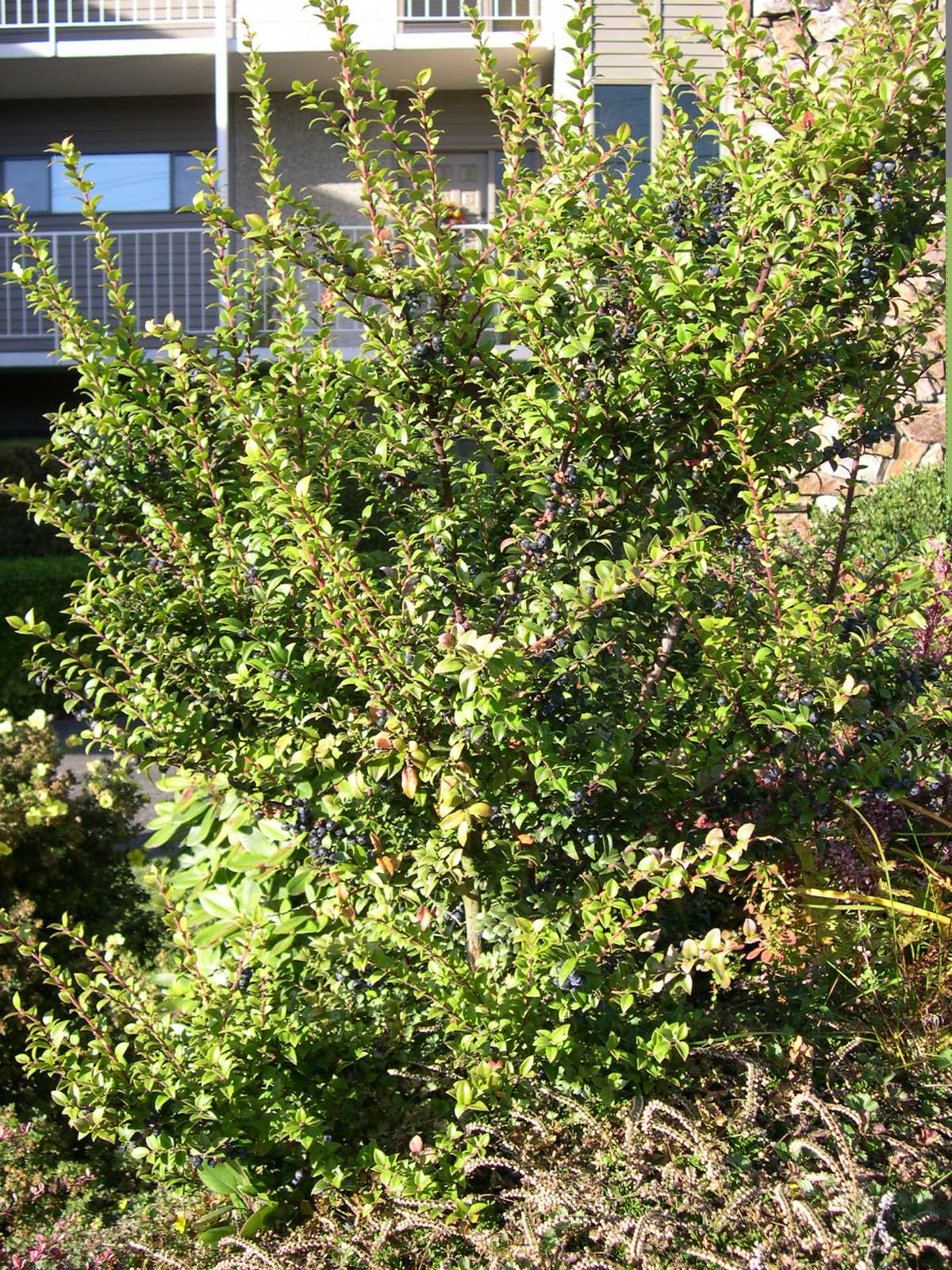 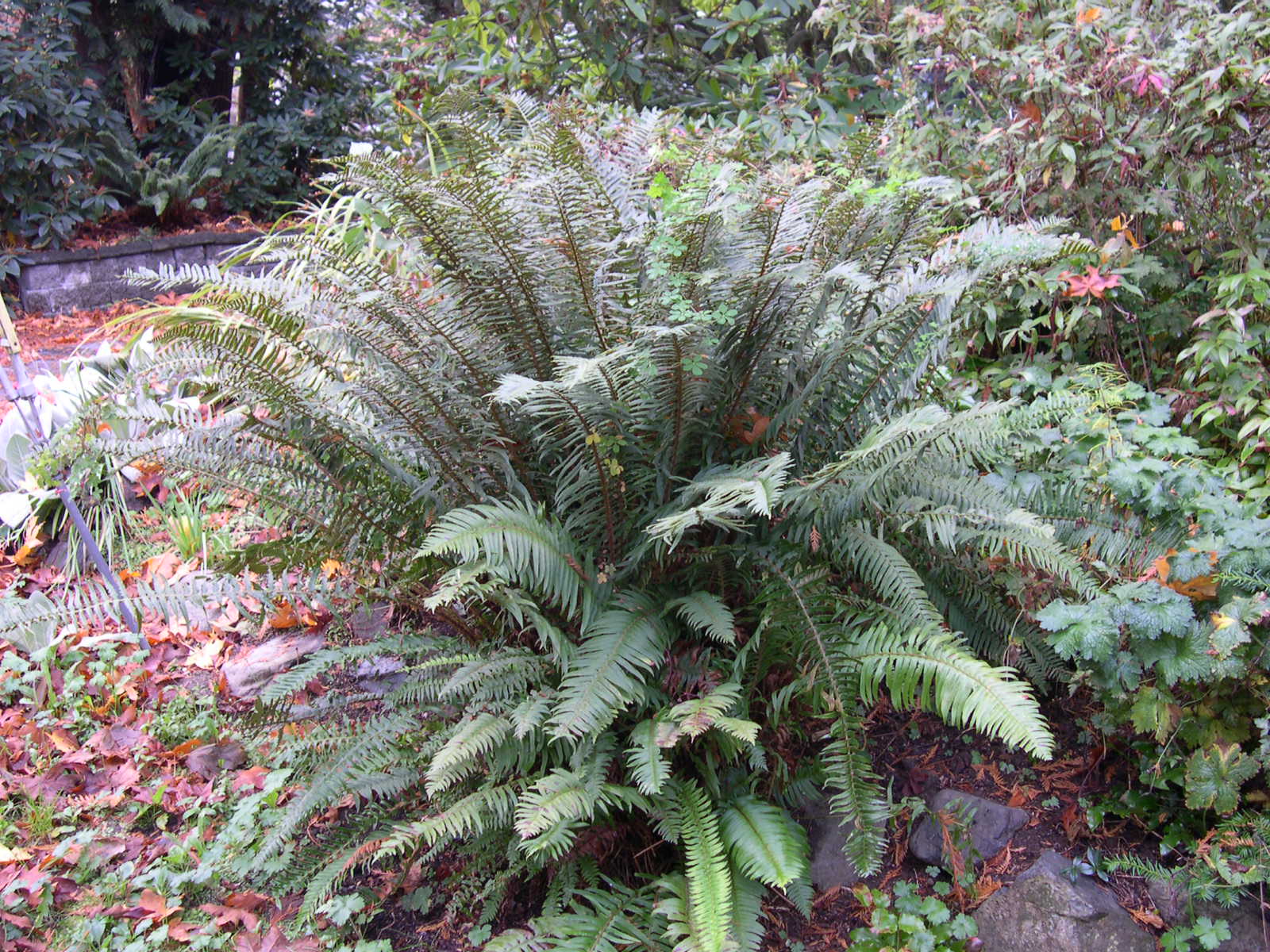 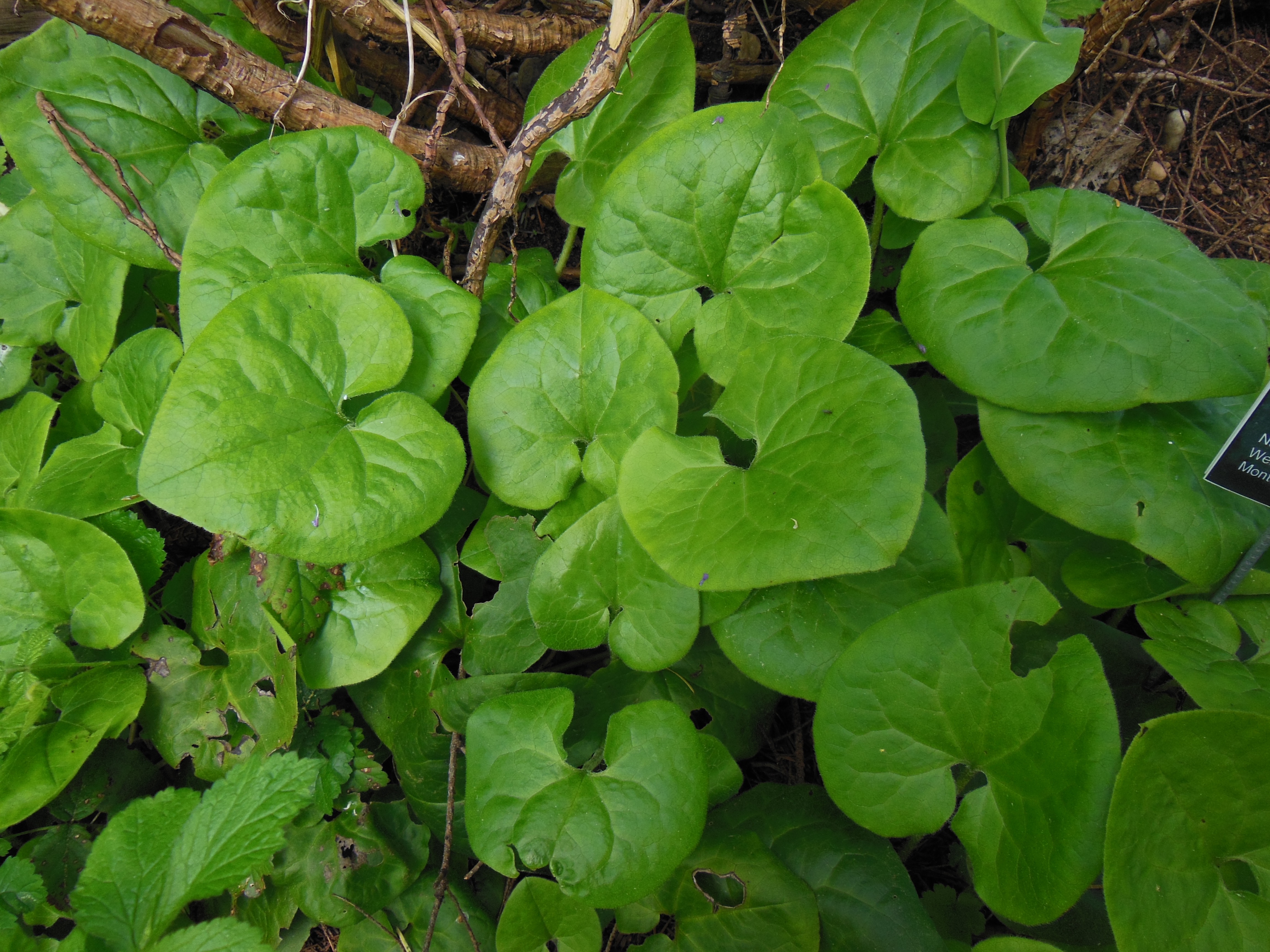 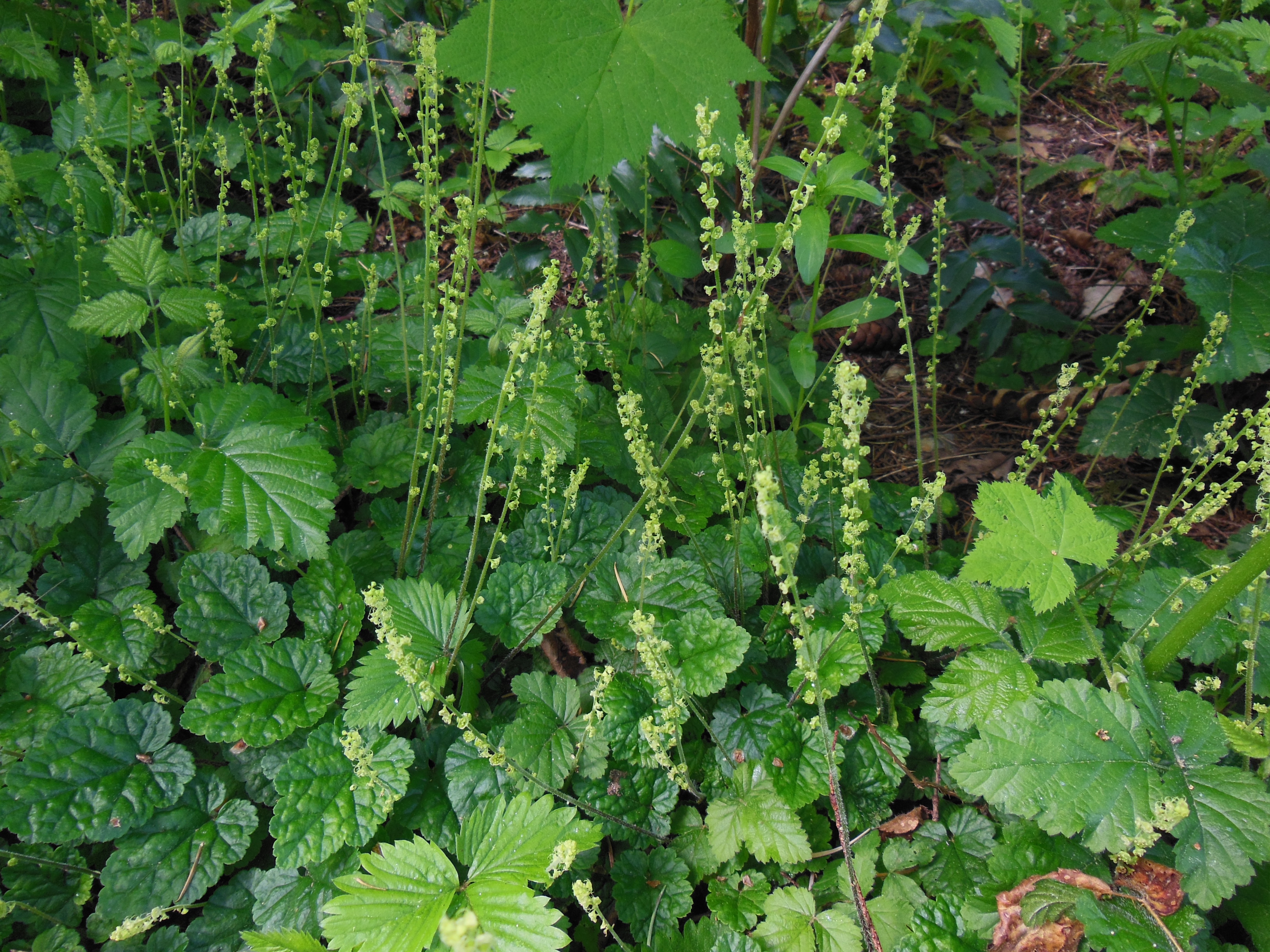