Walt’s Notes From The Garden

What was hidden is now being revealed. I’m referring of course to the various chemical compounds that have been submerged by the green in chlorophyll. With the advent of fall, the oranges of carotene, the reds of phycoerythrins, the yellows of xanthophyll get their chance. With shorter days and cooler temperatures, the deciduous plants are preparing for winter conditions by sending sugars and other compounds from the leaves to the roots. Chlorophyll is being broken down during this process, the leaves reveal various colors according to fall temperatures and abscisic acid forms in the petiole/leaf stem to weaken the attached leaf’s hold so it can drop away.

We get a visual treat that is stunning at times, muted at others. The ideal is when there are warm days and cool nights. Sunlight is needed too in sufficient quantity to develop good coloration. Vine maples in shaded spots will show yellow fall colors whereas those in more sunlight will blaze with red. Extended hot days or an early frost will cut the show short. A common interruption happens with drought. Right now, many plants are showing typical drought symptoms, first with browned leaf margins, secondly with shedding of leaves without much, if any, fall coloration. Snowberries and Indian Plum are dropping their leaves now in spots where the soil is dry. A plant protects itself this way. If this happens regularly on your plants, water deeply at intervals in the dry months and add mulch to help retain that moisture.

Some plants like our Coast Rhododendron will roll up their leaves to reduce water loss from the stomatal openings on the leaf underside. With severe drought, the older leaves will drop off. This cigar-rolling effect will also be seen in the winter time, again to reduce water loss.

Not that long ago, ocean spray (Holodiscus discolor) was flaunting its plumes, reminiscent of the ocean breaking upon a rocky shore. Our Pacific dogwood (Cornus nuttallii) usually puts forth a second bloom, not as floriferous as the spring set but often even more striking if the foliage is turning purplish tones.

Color can be in small packets too. Red catches the eye on the fruits of such natives as our twisted stalk (Streptopus amplexifolius) and Hooker’s fairy bells (Prosartes (Disporum) hookeri). The striking fruits of Actaea pachypoda (was A. alba), an East coast native , rightly named doll’s eyes with black dots on a white pea-sized fruit is a reminder to not sample any of these without research and even then with caution as some folks are more sensitive than others. Seek out instead the darker purples of ripening fruits of our evergreen huckleberry (Vaccinium ovatum) or salal (Gaultheria shallon) for safer and tasty fare. It pays to look at both the big picture as well as the smaller features in our ever changing landscape. 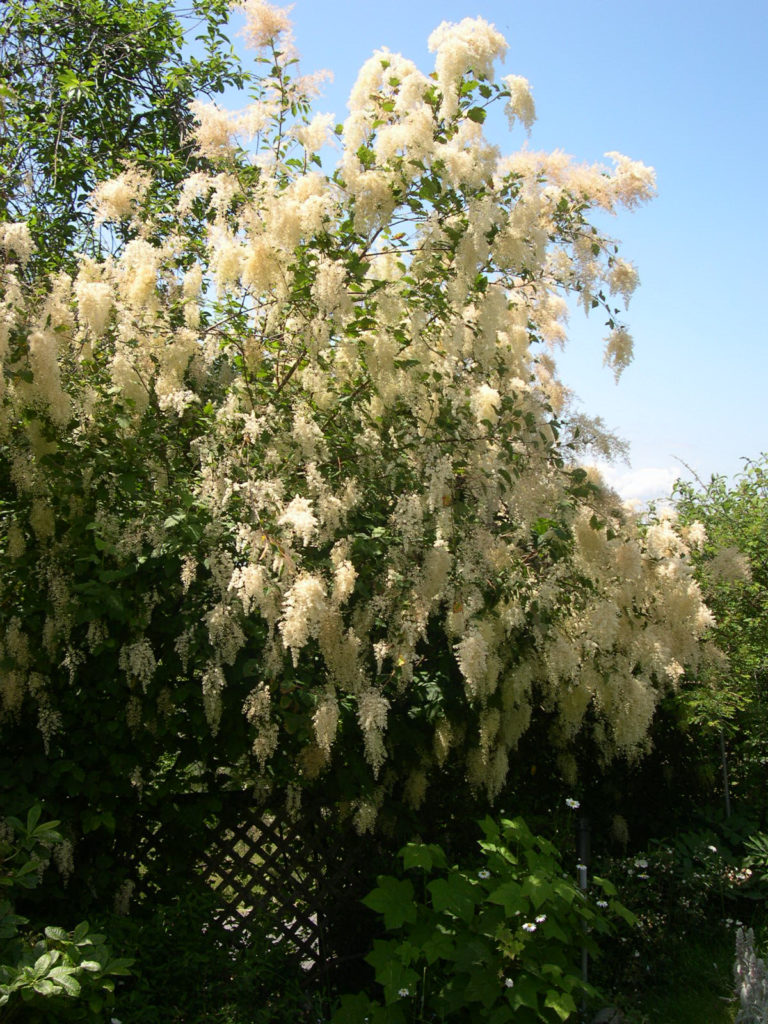 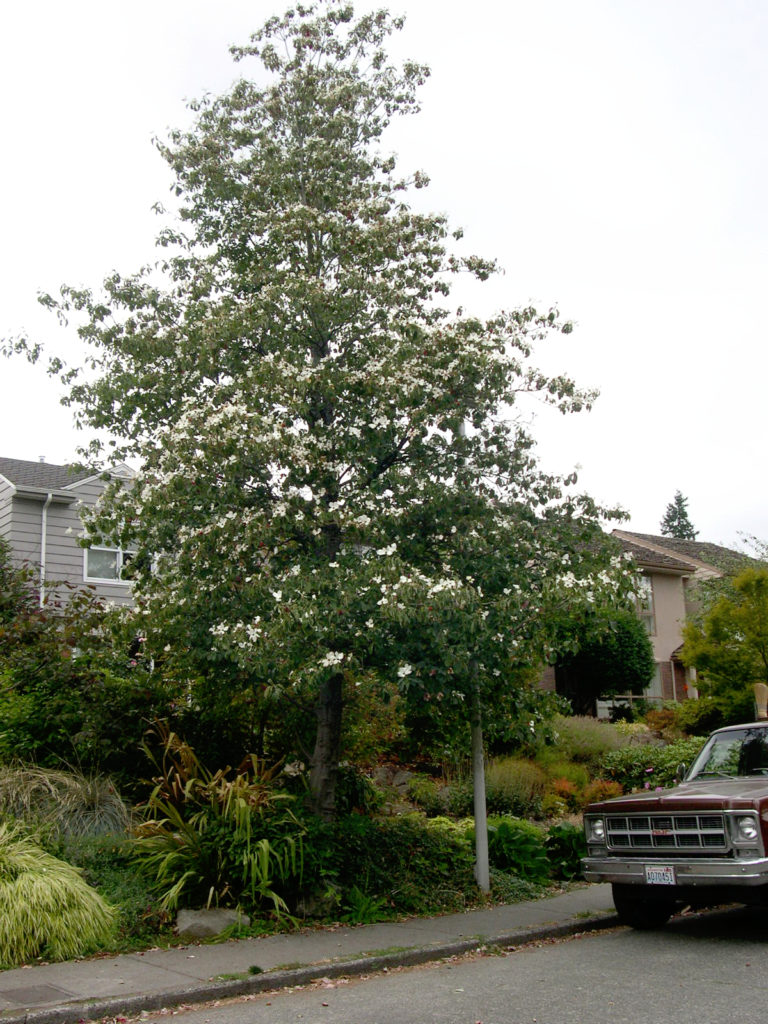 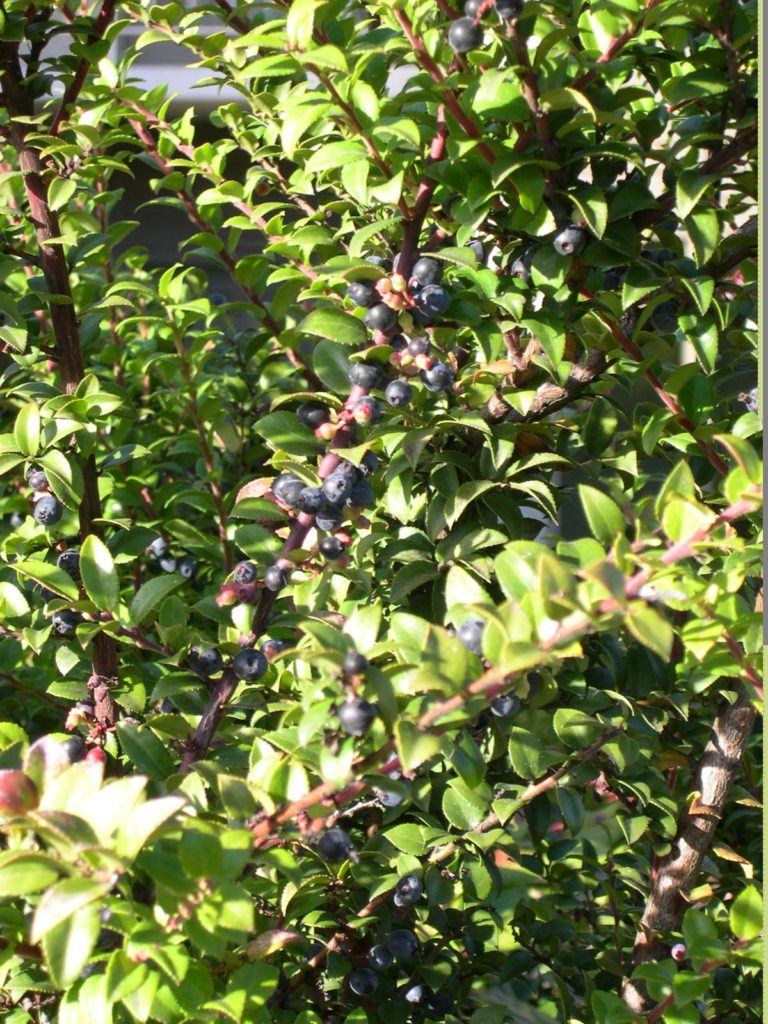 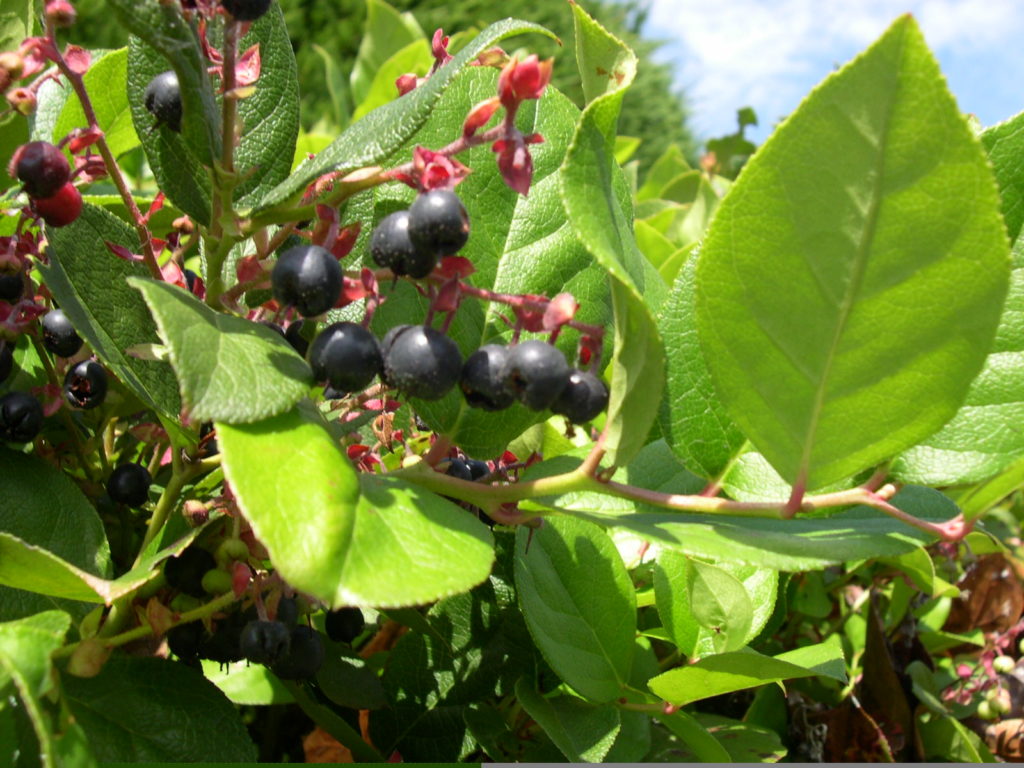